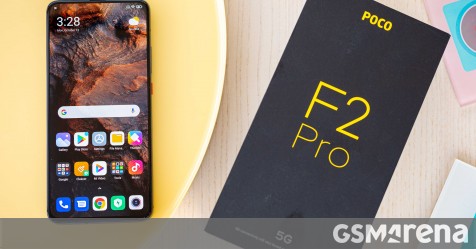 Xiaomi promised back in June it will bring Android 11 to the totally independent smartphone company Poco and its flagship F2 Pro. Almost half a year later, the stable global update has finally started hitting devices in Asia and we expect it to roll out to other regions soon.

The new Android 11 comes with firmware version MIUI V12.2.1.0.RJKMIXM and involves a 2.8GB download. The update log is rather short – it brings “Stable MIUI based on Android 11” and some camera templates, watermarks, and vlog features.

However, the big change is under the hood. The new MIUI brings features like Chat Bubble, new Power Menu, Internal Audio Recording, Smart Reply, and improved security and media controls. Of course, there are also visual changes and updates, UI customizations, and plenty of new wallpapers.

Currently, the new ROM can be sideloaded from our Source link below. It should be pretty straightforward, but if you don’t want to risk it with a wired update, we expect a December rollout to virtually all Poco F2 Pro phones across the world.