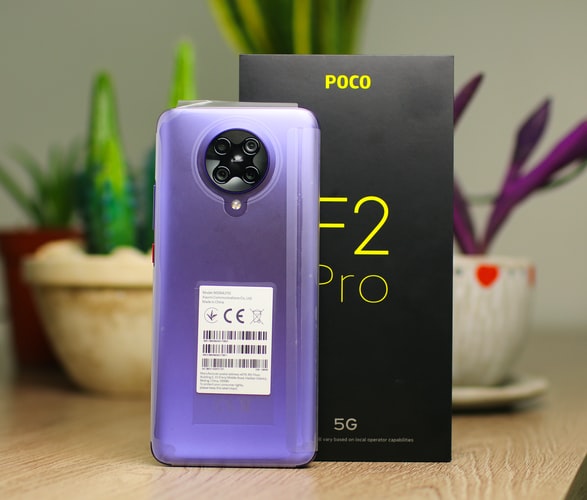 The Xiaomi Pocophone F1 was a hit amongst budget-conscious consumers who wanted a good smartphone. Now, Xiaomi is back with its second iteration, the Xiaomi Poco F2 Pro. It’s a little different compared to its predecessor, being a mid-range phone instead of a budget phone. Consequently, both the price and performance have bumped up to becoming more mid-range as well. Is it as good — or even better — than the Pocophone F1, though? Who is it intended for and should you buy it? Read on to find out.

As we’ve previously mentioned, the Xiaomi Poco F2 Pro is a mid-range smartphone. Hence, it skimps certain things that you might find on a high-end flagship. For example, you won’t find water-resistance or a high refresh rate — much to the disappointment of heavy users.

Nonetheless, this phone cuts the right corners and doesn’t skip a beat on the most important features. For instance, its price-to-performance ratio is outstanding and can even rival that of flagship Android smartphones. It can run the heaviest games and play high-resolution HDR movies without a hitch. Moreover, it has an all-day battery that can handle almost anything you throw at it without stopping.

The display is also uncompromising, opting for a pop-up camera instead of the usual (and less exciting) notch or punch hole. Consequently, the pop-up camera makes way for a generous screen size with very little bezels on every side. In terms of the overall design, however, it does compromise on certain things.

For example, its size and weight are less than ideal for most people because it can feel slightly unwieldy. Also, even though it has a great processor, it can get pretty warm (more on that later). Lastly, its camera system is, well, what you’d expect from a mid-range phone. Thus, people who are used to iPhone and Google Pixel-quality images might get disappointed. Still, in general, this smartphone does an exceptional job at a very affordable price point.

It may be a mid-range phone, but it certainly doesn’t feel that way in terms of performance. Its internals and specs can even rival that of flagships. The Xiaomi Poco F2 Pro has, like many 2020 smartphones, the Snapdragon 865 processor. Going off from its 3367 multi-core geekbench score, that’s nothing to laugh at. Thanks to this, it can even go up against the Samsung Galaxy S20 Ultra. However, it won’t beat out the iPhone 11 Pro Max in performance.

Still, for the price you’re paying, it gives more than enough power. Moreover, it has 6/8GB of RAM which is a standard for modern smartphones and can easily handle graphically intensive games. Tests reveal that the Xiaomi Poco F2 Pro loads games pretty quickly and has little-to-no lag. It certainly doesn’t compromise on its performance and is more than enough for any mid-range buyer. In addition, the 128 to 256GB of storage that the phone comes with should get you by for years to come.

Under the hood, it has an in-display fingerprint sensor. However, it doesn’t have face unlock which is quite unfortunate. It doesn’t have any kind of water-resistance, either. Plus, the phone does heat up quite a bit during certain tasks, even with liquid cooling built-in. For example, recording video, using AR applications, and charging all make the phone slightly warmer than we’d like. If you like playing heavy-loaded mobile games for long periods, this phone might not be good for you.

In terms of connectivity, you’re getting the latest and greatest connections on the Xiaomi Poco F2 Pro. That’s because it not only boasts Wi-Fi 6 but also 5G and Bluetooth 5.1. These sorts of features make the phone more future-proof, even though it’s just a mid-range device. You can easily take advantage of the latest connections if you already have a Wi-Fi 6 router or a 5G mobile plan. However, do note that the 5G connection is limited on the Xiaomi Poco F2 Pro. Still, 5G connectivity alone puts it ahead of others in its class and its 4G speeds are respectable.

When you first get your hands on it, you’ll immediately notice its size. The phone is somewhat bulky and quite large even for regular folks. You’ll have to get by with using both hands instead of one if you have tinier-than-average hands. Reaching the top of the screen or the phone will be difficult for many. However, large-handed people might find it to be comfortably sized.

On the other hand, it is quite thick for a phone. Of course, there are heavier and thicker phones that exist on the market. However, this phone leans slightly toward the heavy and thick end of the smartphone spectrum. If you’re looking for a thin-and-light that’s barely noticeable in your pocket, this phone won’t make the cut. Otherwise, if you don’t mind the weight, it’s a good phone for its price.

For the most part, it is neatly designed. It’s built with a classic aluminum frame with glass on the front and back. On the front, you’ll notice the gorgeous, nearly bezel-less display of the Xiaomi Poco F2 Pro. To get this kind of design, Xiaomi opted for a pop-up camera instead of a notch or cutout. Consequently, you get an uninterrupted viewing experience without any distractions.

The pop-up camera is certainly a notable part of the Xiaomi Poco F2 Pro design. It’s not the first of its kind, but it does seem quite durable for a pop-up camera. The pop-up doesn’t move when you shake the phone and it feels sturdier compared to others of its kind.

Moreover, the pop-up has an auto-drop detection feature that alerts it to hide when falling. However, the pop-up camera has this annoying feature that plays music every time it opens. This might not be an issue for some but it can get irritating at times. The only way to disable it is through muting the phone’s volume, which not everyone likes.

On the back, you’ll see a circular camera bump that deviates from the standard rectangular shape so commonly found in smartphones. It’s not the prettiest camera bump, but in contrast to every other phone of 2020, it’s certainly unique.

On the top of the phone, you’ll find a 3.5mm headphone jack which is rare these days. However, it’s handy if you’re still rocking a wired headset. Speaking of sound, you can find a single speaker grille on the bottom of the phone. While it may not give you stereo sounds, it’s passable — given the price you’re paying for it. Moreover, the headphone jack can certainly make up for the subpar sound quality of the single speaker grill.

© Photo by Framesira on Shutterstock

One of the most attention-grabbing features of the Xiaomi Poco F2 Pro is undoubtedly its display. It sports a 6.67-inch screen with a 20:9 aspect ratio, supporting the aspect ratio of many modern movies. The display itself is an AMOLED screen with a 1080 x 2400 (FHD+) resolution. Hence, watching videos feels amazing. Thanks to the AMOLED screen, the colors are vibrant and blacks are at their darkest. Moreover, the phone supports HDR10+ which is perfect if you like watching HDR movies on Netflix.

Unfortunately, the display isn’t perfect because it doesn’t have a high refresh rate. It only comes with 60Hz instead of 120Hz or even 90Hz. While this may not be an issue for some, it might feel slow for people who want the snappiest phone. It’s especially evident if you’re switching from a phone that already has a high refresh rate. Nowadays, you can easily find phones at this price point with a high refresh rate included. However, Xiaomi chose not to include it in the Xiaomi Poco F2 Pro.

A smartphone with a large screen like this one definitely needs a hefty battery. If you’re going to watch Netflix or play games a lot, then you’d want it to last a while. Fortunately, this phone has a large 4,700mAh battery that can match what even heavy users might throw at it. However, if you do these heavy-loaded tasks all day, then you might have to charge it before the day ends. Still, it has a marvelous battery life for a phone with such a large screen.

In terms of charging speed, this phone has 30W fast-charging and can fully charge in about an hour. However, you’ll only get wired charging on the Xiaomi Poco F2 Pro. There’s no provision for wireless charging despite the glass back. That means the glass back is only purely for aesthetic and design purposes.

© Photo by Zana Latif on Unsplash

For some, the highlight of a smartphone is high-end cameras. The Xiaomi Poco F2 Pro has four rear-cameras with a 64MP main, 5MP telephoto, 13MP ultra-wide, and 2MP depth sensor. However, the specs aren’t always as important as the image processing technology when it comes to photo quality.

So far, the Xiaomi Poco F2 Pro main camera has great post-processing, giving users vibrant and clear photos. However, they won’t compare to the photo quality of high-end Apple or Samsung phones. Moreover, autofocus doesn’t work as well as it should, so you have to manually focus your shots sometimes.

The telephoto camera is alright for the most part. However, like most telephoto cameras, it doesn’t take very high-resolution shots, especially the 10x digital zoom. The details aren’t as clear, especially in darker shots. As for the ultra-wide,  the Xiaomi Poco F2 Pro delivers decent quality images. You get almost the same quality as the main lens, but this one tends to yield brighter photos.

Being a Xiaomi phone, the Xiaomi Poco F2 Pro has an advantage because of the multiple video modes it offers. For example, the front & back mode allows you to record from both front and rear cameras at the same time. Moreover, it has a Vlog mode which can stitch together multiple videos you record.

Since this is a mid-range smartphone, it’s important to assess the price and what it has to offer. Are you getting the best bang for your buck with the phone? Is it overpriced? At $500, we truly don’t think so because of how much it offers as a smartphone for only that much.

The Xiaomi Poco F2 Pro is competitive and can go up against the OnePlus 8 or Google Pixel 4a. However, this phone is unfortunately only available in select markets, so not everyone can buy it. Still, if it’s available in your area, we can easily recommend it as a great performing mid-range-priced device.

The Xiaomi Poco F2 Pro is a wonderful mid-range smartphone with all the right features. It has great performance, battery life, and a wonderful design — especially the unhindered no-notch screen. If you’re looking for an unhindered mobile viewing experience with great power and battery at a low price, this phone is highly recommended.

However, if you’re looking for the best mid-range cameras, you’re better off looking at something like the Pixel 4a. Moreover, folks who highly value wireless charging, water-resistance, and a high refresh rate might want to skip this phone entirely. Otherwise, the Xiaomi Poco F2 Pro provides outstanding performance at a very reasonable price.